I’m a highly motivated 26-year-old student at the Electrical and Electronic Engineering faculty of Fontys Hogescholen Eindhoven. Ever since I was young, I’ve been fascinated by anything with buttons, switches or lights. At Eindhoven, I am further developing my interest in technology and gaining more insight into the fields of analogue, digital and software design.

I grew up in a wooded area near the city of Arnhem, which sparked the love of the outdoors in me. Whenever possible, I like to go cycling, hiking or swimming. In good weather I love to ride my motorbike. I also volunteer at a local Scouting group.

In 2015 I set up my own company to design and create printed products for businesses and private individuals. These products include calling cards, envelopes, stationary, stickers and textile prints. I also build and maintain websites. Having my own company enables me to offer each client a personal approach.

From January 2015 until September 2016, I worked as a part-time general employee.

In September 2016 I became a general manager and was responsible for ordering new products, making the work schedule and opening and closing the store.

Activity Coordinator cub scouts (December 2018 - December 2020)
As activity coordinator, I convened and chaired meetings of leaders from different local groups to discuss regional events. It was also my responsibility to coach and assist other volunteers in organising regional Cub Scout events.

Organiser annual regional activity (November 2016 - Present)
For the past six years I have been the lead organiser for the Regio Klein Gelderland Greppeltocht. The Greppeltocht is an activity for Scouts and Explorers, aged 15-18 years old. My responsibilities include communicating with participants, volunteers and local council members, mapping out the terrain, gathering volunteers and managing finances.

Team leader Scouts (September 2017 - Present)
Together with my fellow team leaders, I plan and guide weekly programmes for Scouts. Other responsibilities include tasks such as finances, communication and evaluation.

Webmaster(April 2016 - Present)
As a webmaster I built the group website and I now maintain it. Furthermore, I help other volunteers to post news articles and manage the email accounts.

Leader Scouts(June 2015 - August 2017)
Together with my fellow Scout leaders, I organised and carried out the weekly Scouting activities.

I am currently studying Electrical and Electronic Engineering at Fontys Hogescholen Eindhoven. All courses are conducted in English.

After the first year, I was awarded my propaedeutic certificate. After receiving the approval of my study counsellor, I was also admitted to the PROUD (PRogram OUtstanding Development) programme.

Natural sciences and technology courses at the VWO (pre-university) level as well as English, German, French and management & organisation.

For courses within my educational programme, I followed online courses with Mathworks. Succesfully completed the Mathworks Matlab and Simulink OnRamp courses.

Within Scouting, several training programmes and courses can be followed. These courses are developed by Scouting Academy.

Below is an overview of some of the group projects I have worked on at Fontys.


In the first project of my studies, we were required to build and combine several modules to simulate a home security system. As a group we decided to increase the sophistication of the product by adding an Arduino, an LCD and remote input. We also increased the number of sensors and added them to a floor plan to further visualise the simulation.

My main responsibilities in the project: constructing the prototype PCB, building the model and making stickers. 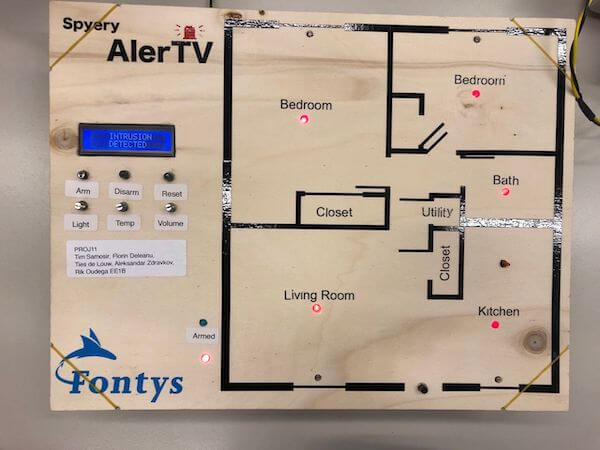 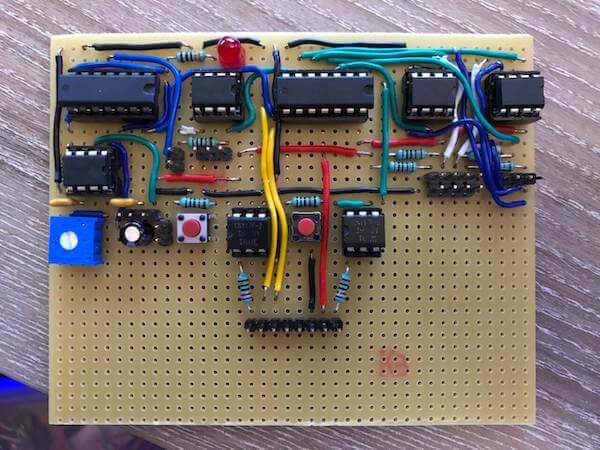 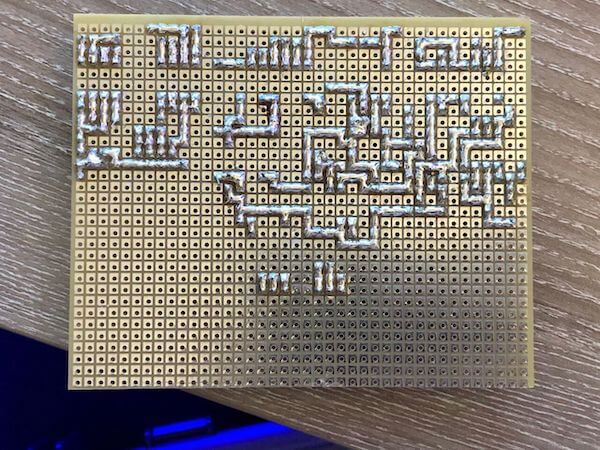 Below is an overview of some of my personal projects.


The regional Scouting association has to answer to the member groups, who elect and approve board members and financial reports.

Usually voting is done on paper during a meeting with representatives. During the Corona pandemic when physical meetings were impossible, an online alternative had to be developed.

The online voting system demanded anonymity, but only registered groups were eligible to vote. To facilitate this, we imported an Excel sheet with contact information to the website; the Excel sheet randomly generated tokens and sent these to the registered groups. Contact information and tokens were stored separately in the database. Once used, a token became invalid.

To guarantee transparency, several individuals were given access to the results page, which showed the groups authorised to vote, the number of votes cast and, of course, the results themselves. 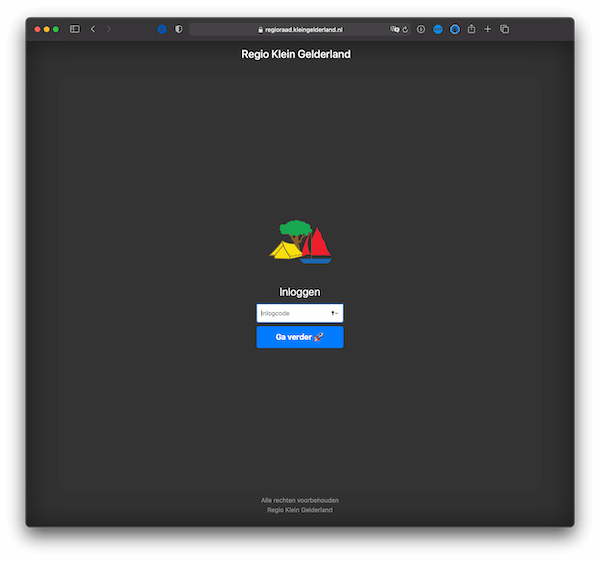 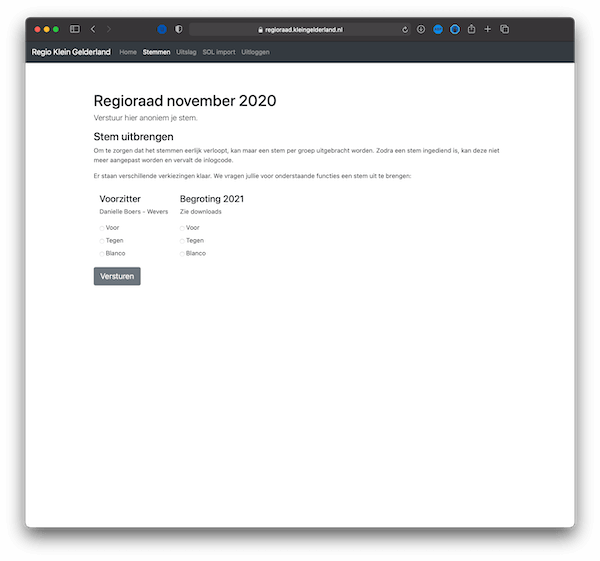 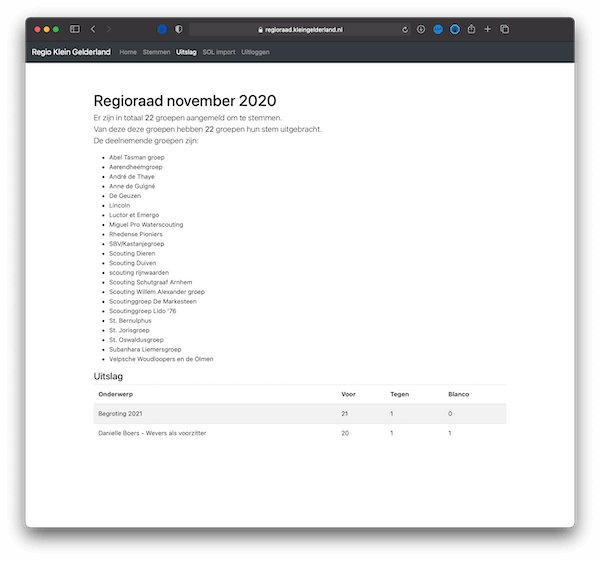 
When I moved into my current apartment, the windows were equipped with screens to break direct sunlight. The screens were controlled by a wall-mounted manual switch. As an electrical engineering student, I thought this would be a nice project to automate. After all, when I'm not at home, who keeps my room cool?

The project consists of two components. One is a sensor unit placed in front of the window. It takes a measurement every few minutes and records data such as temperature and light intensity. These measurements are transmitted to the wall-mounted module. This module combines the sensor information with weather reports fetched from the internet. Based on this data, the system determines if the screen should be raised or lowered.

The project is based on two Particle Photon modules coded in C++. 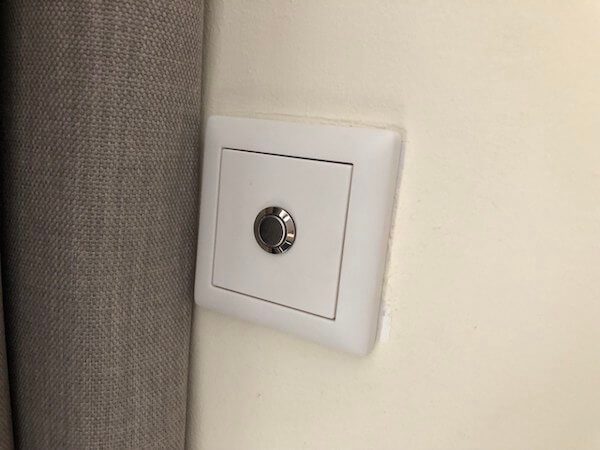 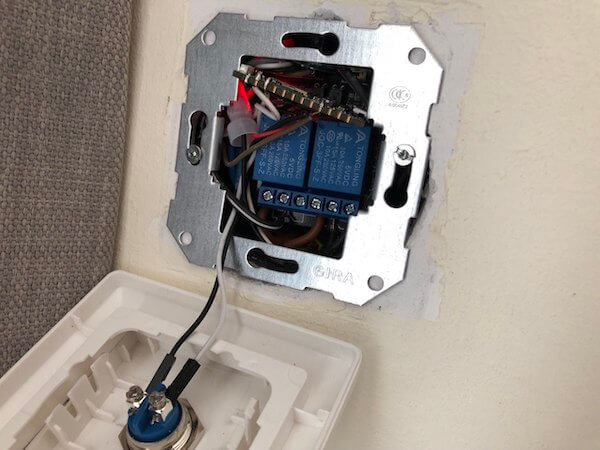 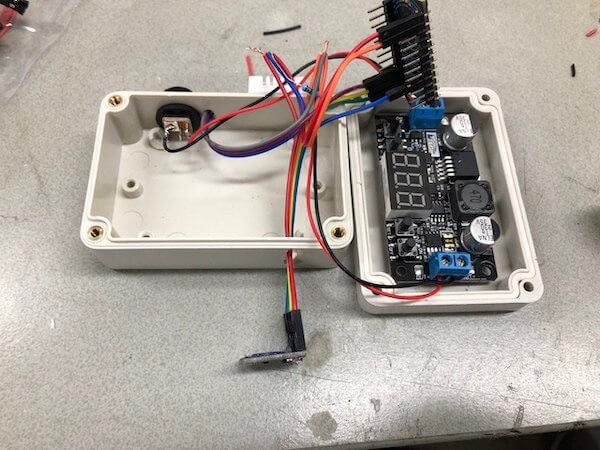 
During the period of tension between the United States and North Korea, we decided to put together a very thematic meeting for the Scouts. Two explosive devices had been hidden at undisclosed locations. If the correct code was entered before the timer ran out, the world would be safe once again.

The project consisted of building the bomb casings, putting together the electronics and programming the Arduino. When powered, a code and timer duration are entered. Once the data are confirmed, the countdown starts, along with a constant beeping and flashing of the LED. If the code is entered correctly and in time, it will stop the countdown and disable the beeping and flashing LED. When time runs out, the display will continuously flash and beep. 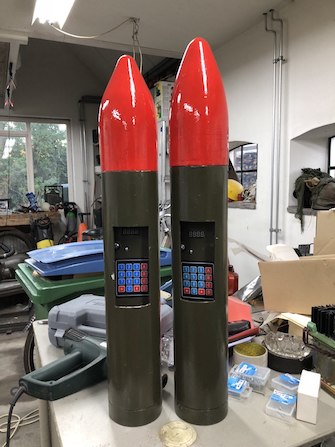 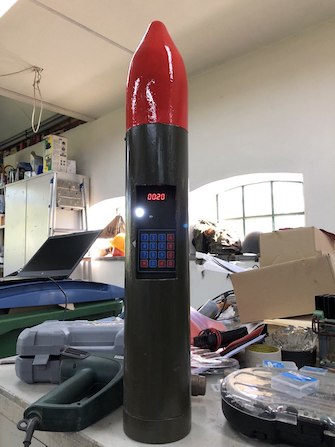 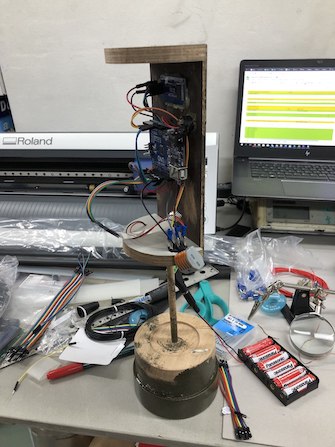 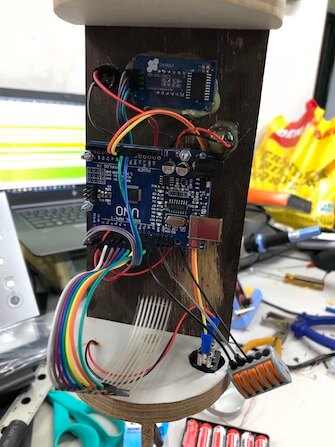 
When camping with the Scouts, we usually don't have any electricity. In the modern world, however, we all want to be able to charge our mobile phones. Furthermore, in our big group tents, we usually need some lighting.

On camping trips, we bring some big batteries to power and charge devices. To facilitate this neatly, I built a box that monitors the battery voltage (battery protection), has numerous USB ports and four XLR ports to which lights can be connected. Furthermore, the four light ports are controlled by an Arduino, using buttons or the remote.

For lighting, I made my own semi-waterproof LED strips as well as some extension cords and splitters. 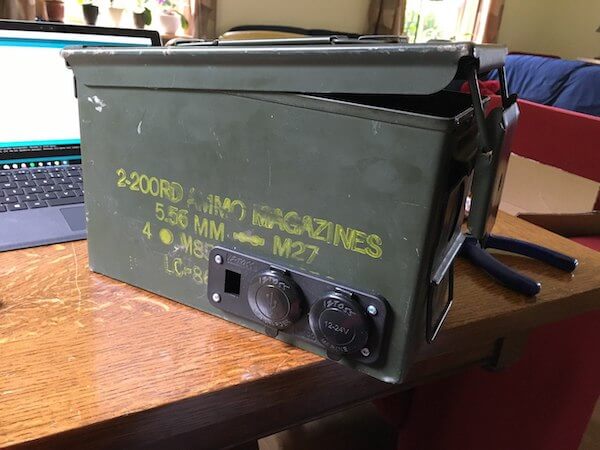 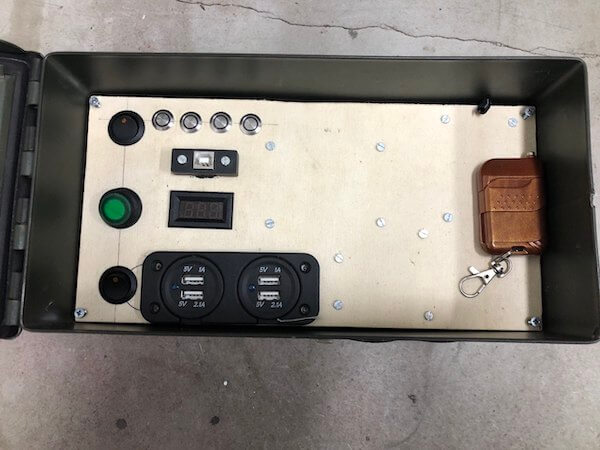 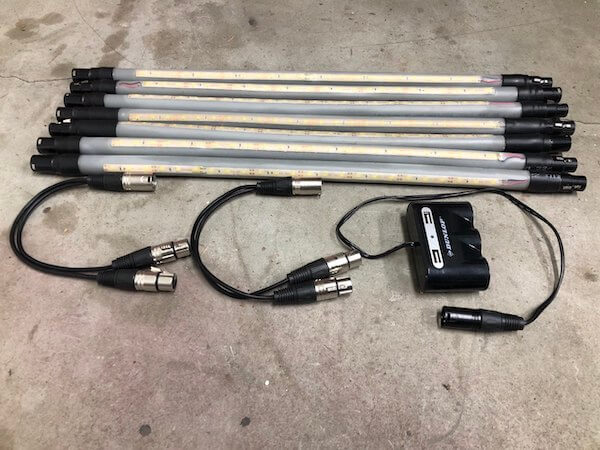 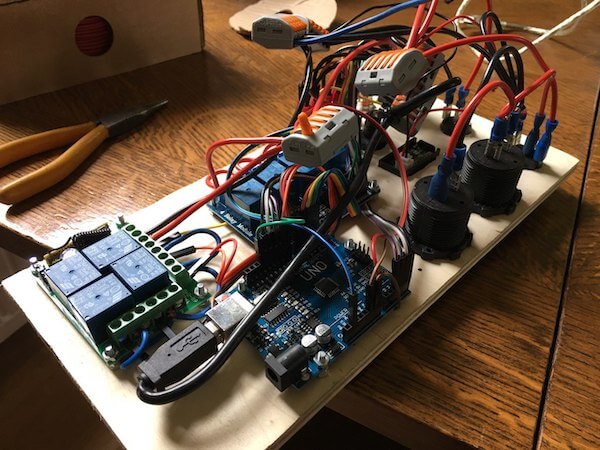 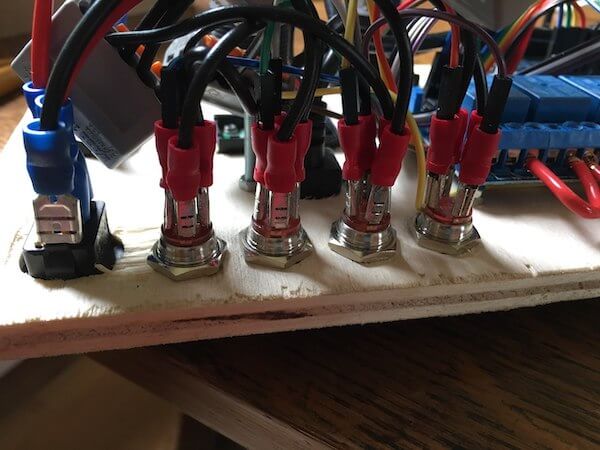 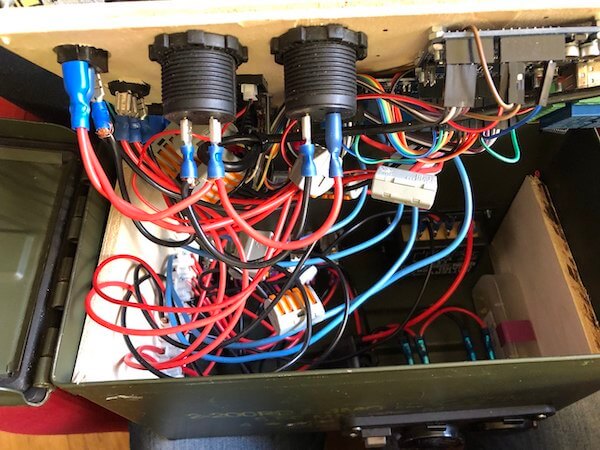 
When I organised the Greppeltocht for the first time, I spent a lot of preparation time on writing and printing documents and sending emails. During the event, a lot of time was spent handing out forms to be filled in by participants.

This workflow posed several problems. For example, when we needed a phone number, we had to search through the entire pile of registration forms only to realise that the handwriting was illegible. Furthermore, with the number of participants (around 300!) it became difficult to monitor which groups had finished, what their score was and whether they'd obtained any bonus (or minus) points.

To simplify organising the activity, I started building the Greppeltocht website. The website takes care of a lot of things, such as:

To register checkpoints and sightings, each group receives a badge (matching their group number) with two QR codes. When the codes are scanned, the website determines the group’s current location and either registers a sighting and deduct points or, if applicable, registers the group at the checkpoint. Moreover, the system offers several comprehensive overviews to keep track of all groups and gives quick access to contact information.

The project is currently built with HTML, Bootstrap, PHP, JavaScript, MySQL and AJAX. Over the past few years I have been working on improving or even completely rewriting different modules based on input, known bugs and personal wishes. 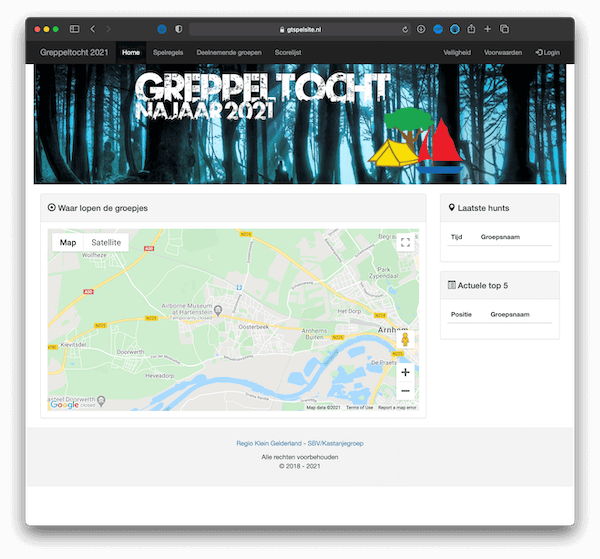 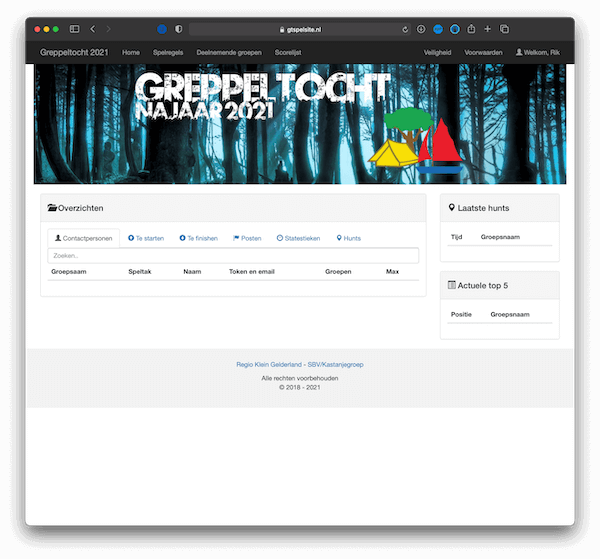 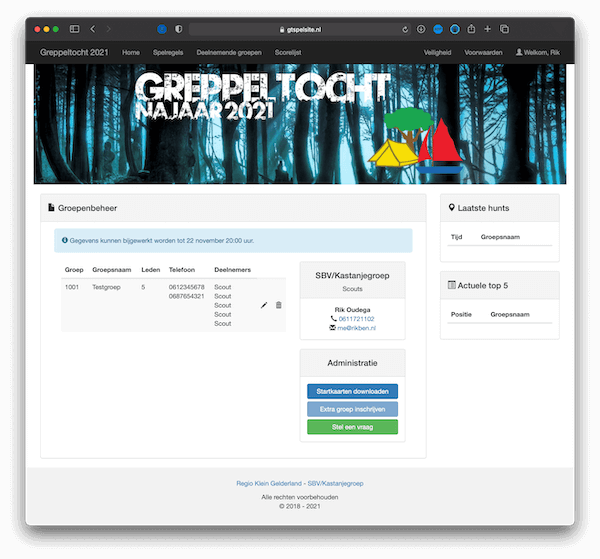 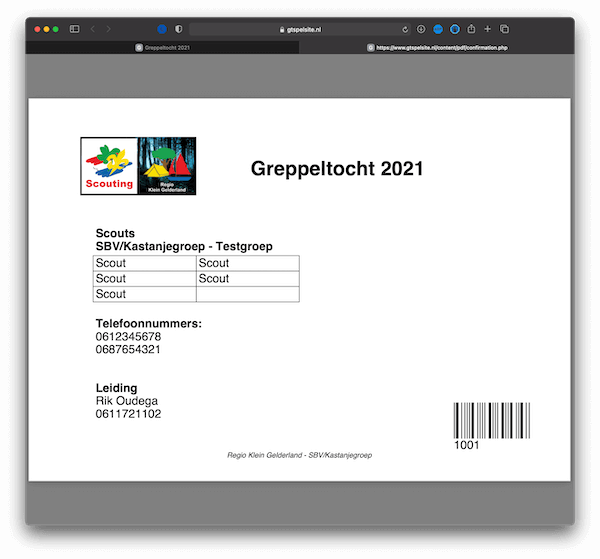 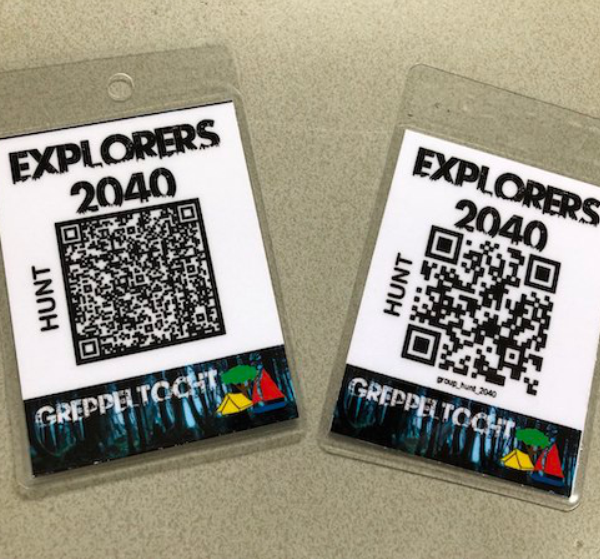 
The Jotihunt is one of my favourite activities offered to 18+ Scouts. Each year in October, my home province is divided into six sub-areas. Each sub-area has a group of "foxes" walking between the participating groups. After 15 hours, a new group of foxes takes over and walks for another 15 hours.

The main objective of the Jotihunt is to find the foxes. Every hour you can obtain a code and submit it to gain points. To help find the foxes, hourly puzzles are sent to the groups. When solved, the puzzles will disclose the last known coordinates of the teams. This of course means there is a lot of data to be collected! To do so, I started developing a website and an accompanying Telegram bot.

Displaying the collected data, helps predict where the fox teams will go next. To display the data conveniently, all kinds of filters can be applied to the data.

Solved puzzles result into coordinates in "Rijksdriehoeksstelsel", which is unique to the Netherlands. However, the stored coordinates need to be in WGS format. Therefore, coordinates are automatically converted and displayed in the preview window. If the locations seem correct, the coordinates can be stored.

To accompany the website, I programmed a Telegram bot. Once authenticated, users receive updates fetched from the central organisation. Moreover, if you're out looking for a fox team, you can register your car. When new coordinates are entered into the system, the bot will automatically inform the cars. When you find a fox team, you can send in the code through the bot. Furthermore, the bot also allows some settings to be changed, timers to be set and personal preferences to be changed.

The Jotihunt website and bot constitute one of my ongoing projects. For the last few years, I have been improving and even completely recoding components. The bot is currently fully programmed in PHP and works with direct calls and automates scripts to fetch data from the central organisation. The website is built with HTML, Bootstrap, PHP, JavaScript, MySQL and AJAX. 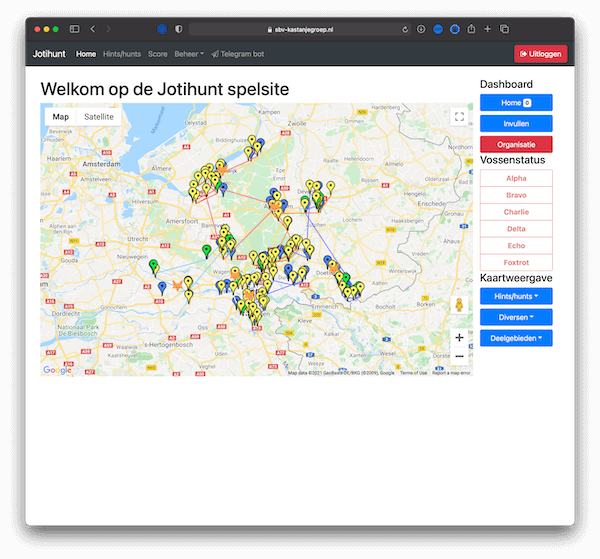 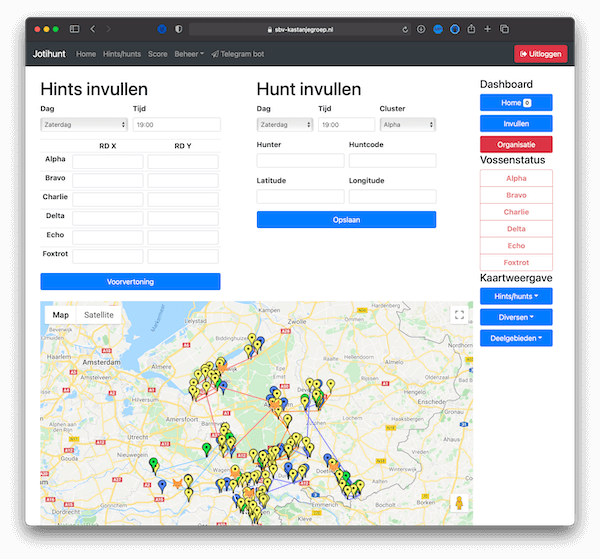 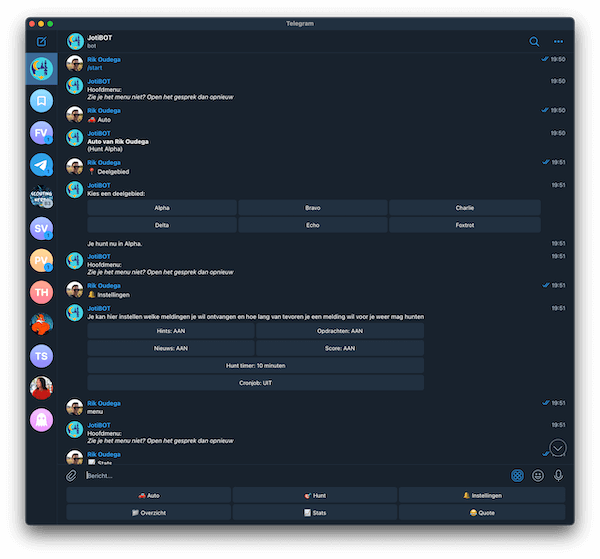 
In the final year of secondary school, everyone has to do a school research project. Together with a fellow classmate and a school history teacher, I developed an app that took students past several landmarks related to the Second World War. At every landmark, the app presented video material and information about past events. After watching the video, students were instructed to complete an assignment by taking certain pictures. When the assignment had been completed, the app would show the route to the next landmark.

The app was built in Lua and compiled for Android tablets. In the project I was responsible for programming all of the data and editing all of the videos.

The app was used for several consecutive years by my school. 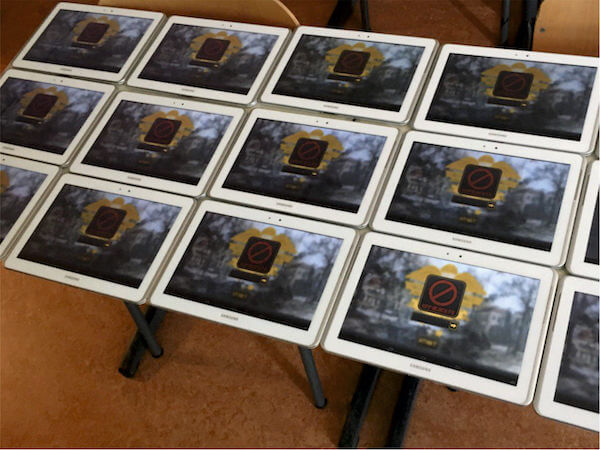 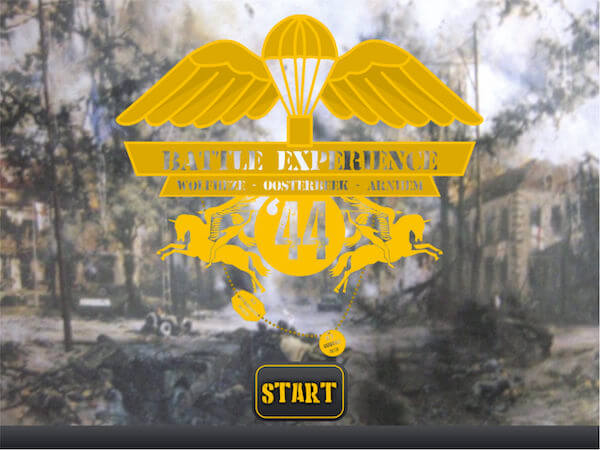 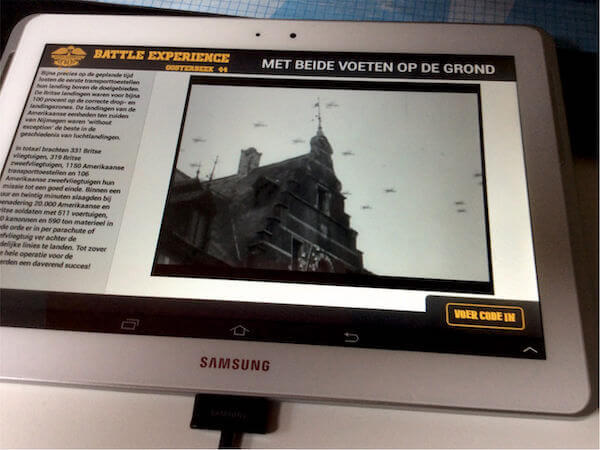